What is a BioBlitz?

A BioBlitz is an event aimed at finding and identifying as many species in a designated area over a short period of time. Using the knowledge and tools of local experts alongside people of all ages in the community, teams survey birds, butterflies, dragonflies, lichens, fungi, and more!

Black Swamp Bird Observatory has had the honor of partnering with some very special local projects and landowners to perform BioBlitzes with experts and with our Ohio Young Birders Club students as service learning projects.

Why are BioBlitzes Important?
Information gathered through BioBlitzes serves as a valuable tool for determining a baseline inventory. This is essential in evaluating the success of the ongoing restoration of the habitat.  Our past efforts have provided important data that secured grants to expand and restore habitat in other areas. So while doing a BioBlitz is super fun, it also generates useful data to support conservation. Examples of the document we share with landowners/managers once the BioBlitz is completed are linked below with information about some of our upcoming and past BioBlitzes. 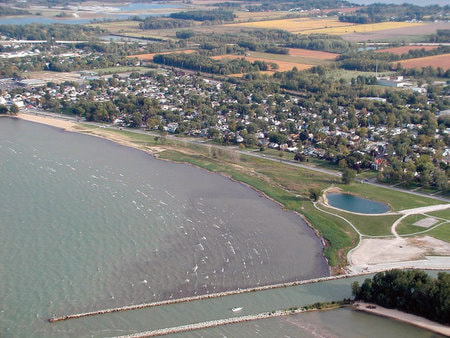 The BioBlitz and Big Sit efforts of the Ohio Young Birders Club documented a stunning array of diversity in this urban setting. The group was able to identify 179 species of living things in two days of sampling. As expected, vascular plants made up the highest number of species observed. It was encouraging to document amphibian and reptile species using the habitat as well.

Aquatic sampling of Lake Erie allowed the Ohio Young Birders Club to identify 13 species of fish and 13 species of mussels. Especially exciting was the documentation of the state endangered Eastern Pondmussel and the Rayed Bean Mussel, a species that was currently being considered for inclusion on the United States Endangered Species Act at the time.

The Lakefront Preserve represents essential migratory bird habitat. Some species utilize the habitat year round. Many species of birds utilize this habitat for brief moments during the year, but without this stopover habitat, they would not be able to survive their migration journey. Species like Baltimore Oriole, American Robin, Mourning Dove are found in the upland areas of the preserve, while species like Bald Eagle, Great Blue Heron, and Ruddy Duck are associate with the water areas of the preserve. Insects were well documented, but more sampling would surely yield more species. 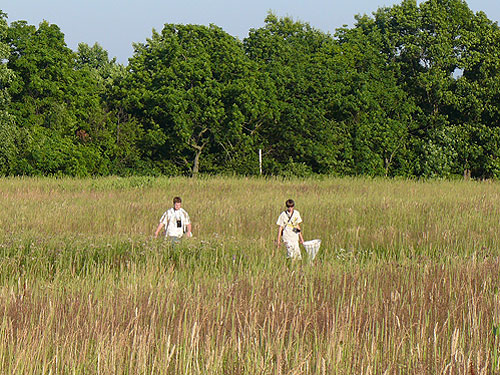 The Ohio Young Birders Club (OYBC) typically schedules one field trip or service project per month. These activities are coordinated by OYBC sponsors. The Crown Point Bioblitz, held on Saturday, July 7, 2007, was planned and coordinated by volunteer members of the Kirtland Bird Club (KBC), Cleveland Ohio and the Crown Point staff.

​This activity was designated as the OYBC’s July service project with an objective of spending one day on the Crown Point grounds inventorying the nature found and working with field experts to learn about what was seen. We also invited the local community to participate. The output of the inventory would be documented, summarized, and provided to Crown Point for use in their future land management plans.