Kimberly Kaufman is an Ohio native whose lifelong love of the outdoors grew into a passion for birds in the 1990s. She monitored nesting Bald Eagles for the Ohio Division of Wildlife and ran bluebird trails before she began banding migrant songbirds for the Black Swamp Bird Observatory (BSBO). Kim's involvement with BSBO escalated as she became the observatory's education director in 2005 and then executive director in 2009, a position she still holds. Kim played a key role in starting the highly successful Ohio Young Birders Club, a group for teenagers that has served as a model for youth programs in 13 other states, as well as The Biggest Week In American Birding, a spring event that rapidly has become one of the largest birding festivals on the continent. She is a contributing editor to Birds & Blooms magazine and coauthor of the Kaufman Field Guide to Nature of New England and Kaufman Field Guide to Nature of the Midwest. In 2015, Kimberly received the American Birding Association's prestigious Chandler Robbins Award in recognition of her contributions to bird education and conservation.

Mark Shieldcastle has a degree in Wildlife Management from The Ohio State University. He was on staff at Ohio State with the Ohio Cooperative Wildlife Research Unit before accepting a position with the Ohio Division of Wildlife where he has spent thirty-two years as a Wildlife Biologist specializing in avian research and in 2012 he retired from his position as Project Leader of Wetland Wildlife Research. Mark was a founding member of BSBO and currently serves as the Director of Research. He has conducted research on Bald Eagle, colonial waders, terns, wetland breeding birds, woodcock, shorebirds, colonial passerines, waterfowl, rails, cranes, migrating raptors, and migrating passerines.  Mark co-authored the Beneficial Use Impairments for Wildlife and Wildlife Habitat portion of the Lake Erie Management Plan which is part of the Clean Water Act; The Great Lakes-Upper Mississippi River Regional Plan of the National Shorebird Plan; The Great Lakes-Upper Mississippi River Regional Plan of the North American Waterbird Plan; and has contributed to several of the regional plans of  Partners-in-Flight.  Mark has authored or co-authored a variety of papers on passerines, Bald Eagles, cormorants, and contaminant issues with birds.  He developed recovery plans for the Bald Eagle, Osprey, Common Tern, Black-crowned Night-Heron, and Sandhill Crane in Ohio. 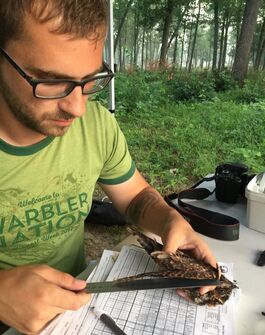 Ryan is a Toledo native who discovered his passion for birds while working as a naturalist for the state parks and during his many seasons at the BSBO Navarre Marsh banding station. With a background in philosophy and years of travel across North America, he not only has a wide knowledge of birds and the outdoors, but an understanding and appreciation for the natural world at large. Ryan works primarily on our research projects at the Navarre Marsh banding station and our MAPS station at Oak Openings. But he also helps with BSBO education programs, and coordinates the Observatory's Donate the Guia program.  We really couldn't think of a title that encompasses the full scope of Ryan's talents and all that he does for our organization. We considered something like "The Dude Who Can Do Everything," but he wasn't keen on that. So, we asked him what he'd like this title to be, and "Staff Ornithologist" was his suggestion. 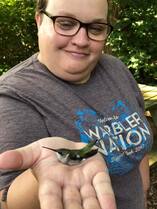 Jasmine is an Ottawa County native and a nature and Great Lakes enthusiast. Traveling throughout the Great Lakes region with her family, she has gained an appreciation for the outdoors. Before coming to the Black Swamp Bird Observatory, Jasmine worked for The Beacon news publication as editor and production manager for over four years. While covering the Biggest Week in American Birding as media, Jasmine fell in love with birding on the boardwalk at Magee Marsh Wildlife Area. Jasmine is passionate about wildlife and habitat conservation and showing people the healing power of nature.

Jasmine earned her Communications Degree, graduated with honors from Owens Community College in 2013. Dedicated to supporting the local community, she was part of the 2016 Leadership Ottawa County class, and served on the Main Street Port Clinton Board of Directors. Her connections with the northwest Ohio community, her passion for birds and conservation, and her commitment to BSBO's mission make her a superb fit for the Outreach Director position. Becca has a degree in Environmental Biology, but experiencing how inspiring it can be to teach about something you are passionate about hooked her into the field of Environmental Education. Now with eight years experience working in the field Becca has taught people of all ages in both formal and nonformal education settings. Developing nature based curriculums, managing summer camps, guiding field trips, and planning public outreach events are a sampling of the scope of her experience. Growing up visiting the Lake Erie shore she developed an appreciation for the intricate ecosystem that it is and the creatures that inhabit it, especially birds. She is excited for her passion for the Great Lakes, passion for environmental education, and love of birding to intersect as she joins the BSBO team. Kimberly Danes, Development Director
​
Kimberly Danes is an Elmore (Ottawa County) native who was raised on the Portage River.  When she got the call to build a development program for BSBO, she had a hard time saying “no” when she realized Magee Marsh is in-between Lickert Harder Road and Navarre Marsh. (Her maiden name is Harder and her maternal grandmother is a Navarre!) As a nontraditional student, Kim received her bachelor’s degree in business from the University of Toledo and her master’s degree in organizational leadership from Lourdes University in Sylvania. She is a Certified Fund Raising Executive (CFRE) and has raised millions of dollars for northwest Ohio nonprofit organizations. Her volunteer activities include vice president of Symphony Activities for the Toledo Symphony League and 1st vice president of Lake Erie Shores Blue Star Mothers Chapter OH21.  Both her children graduated from The Ohio State University; her son is a chemical engineer in Chicago, and her daughter is a Navy officer currently deployed to the Middle East. 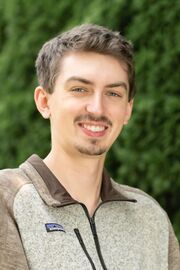 Tyler is a Cincinnati native who found his passion for birding when his 4th grade teacher incorporated bird identification into the science curriculum. He first visited the Northwest Ohio region for the Biggest Week in American Birding in the 5th grade and has been back every year since then, now as a guide and a field trip coordinator. Tyler earned a Forestry, Fisheries and Wildlife degree from the School of Environmental and Natural Resources at The Ohio State University. Tyler was a co-founder of Lights Out Buckeyes—part of Ohio Lights Out, a network of programs aimed at making urban landscapes (in this case, the Ohio State campus) safer for migratory birds. He also worked as a field technician for the Ohio Division of Wildlife surveying grassland species. Tyler served as as the Southwest Regional Director for the Ohio Ornithological Society, furthering his connections within the Ohio birding community. He is a professional portrait and wedding photographer as well as a graphic designer. He is also a birding and bird photography guide with Sabrewing Nature Tours. 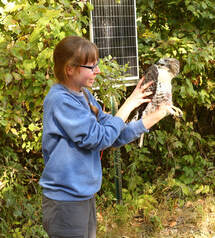 Annalise first went bird-watching in Mohican State Park with a high school science teacher who did a unit on ornithology. He inspired her to study biology in college, but she didn’t decide to focus on birds until she pursued a graduate degree in Scotland. Some of her fieldwork there included blue tit nest box studies and black-legged kittiwake monitoring. After having some experience with banding in the UK, Annalise knew it was something that she wanted to continue when she returned to the U.S. Luckily, she made it back to Ohio just in time for BSBO’s 2019 spring season and spent the next few years volunteering at the banding station. She’s thrilled to be part of the BSBO team and looks forward to learning more about the ins and outs of the marsh. 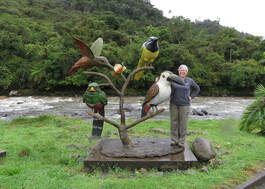 ​Tracy is a migrant to Ohio from the east coast.  Observing all the hawks in northwest Ohio led to a Lucas County Metroparks program on hawk ID, which led to becoming a BSBO volunteer for more than 20 years.  After a 35-year career in public libraries, Tracy retired in 2022, and found a fun new job at BSBO.